TAMPA — There are three hurdlers at Hillsborough High — Qadiir Wajd, Alexis Woodall and Kailiece Harris — who are not only leading Hillsborough County, but could end up among the leaders in the entire state.

But there are questions.

How steep is Wajd’s progression curve, because this really is his first year of seriously hurdling?

How fast is Woodall coming back from an offseason knee injury that sidelined her training for many weeks?

And how fast might Harris end up flying after losing 17 pounds since last track season?

The answers, of course, will only be resolved when their seasons are over, which hopefully means standing on a podium at the state meet in May.

But for right now, everything looks pretty darned promising.

For starters, all three are running faster than they did at the same point last year.

Wajd and Harris, in fact, are way faster.

Wajd, a 6-foot-6 junior, admits that last year in the 110 hurdles he never got anywhere near his best time of 15.12 seconds, which he ran in this season’s first meet, the Charles Johnson Invitational.

“My technique, strength, everything is better this year,” said Wajd, whose brother, Qaseem Wajd (800-meter runner), and father, Hassan Wajd (hurdler), both ran track for Hillsborough with great success. “The coaches at Hillsborough have really helped me improve in every way, but I think there is room for a lot of improvement as well.” 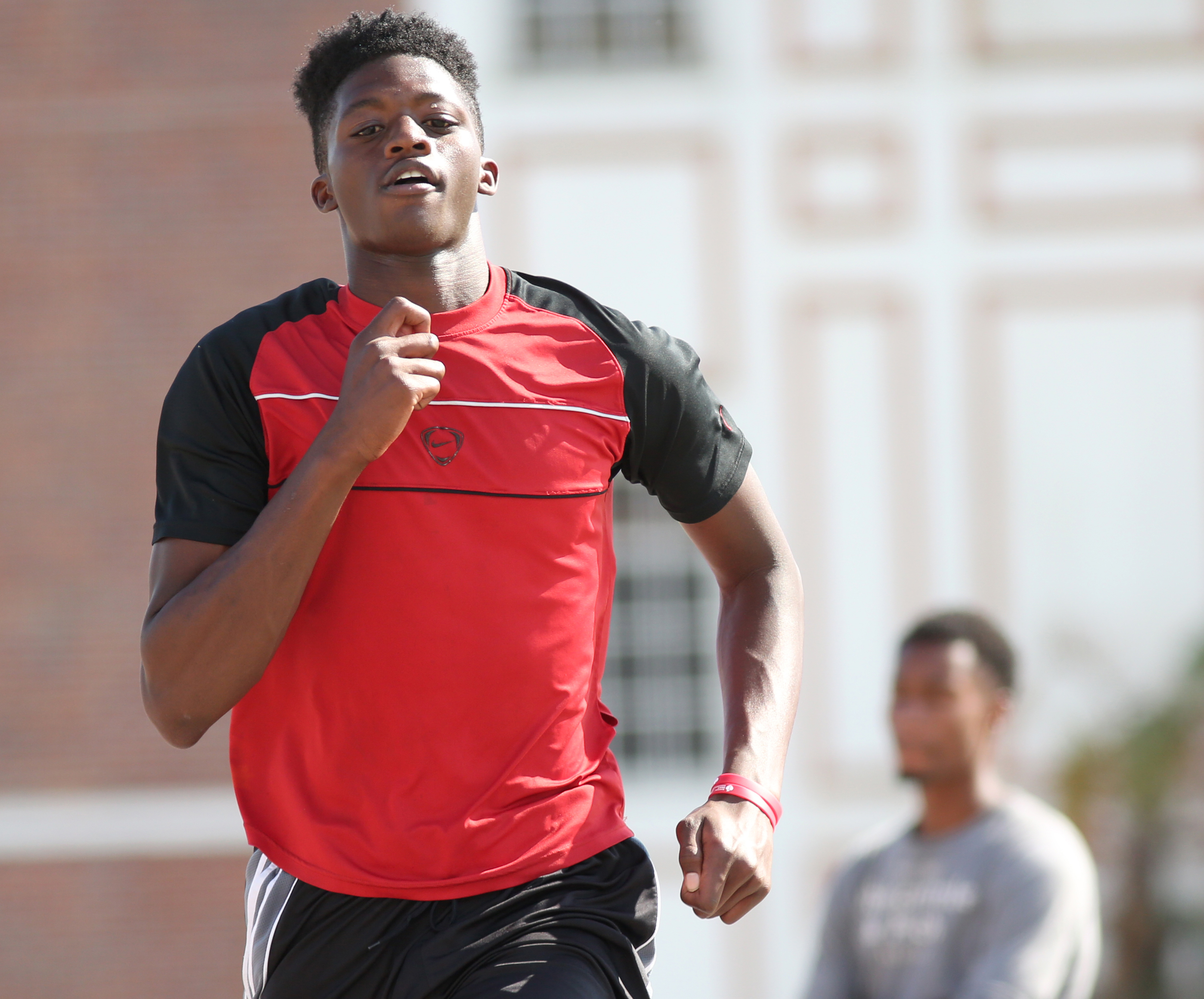 Hillsborough junior Qadir Wajd has the fastest 110-hurdle time in Hillsborough county at 15.12 seconds. (Scott Purks, Special to the Times)

Wajd, also a basketball player on the state final four team, said he didn’t emphasize track as much before transferring from King last summer.
Harris, meantime, said she struggled to run under 45 seconds in the 300 hurdles last year, where she ended up eighth at the Class 3A state meet in 45.07 seconds.

“But this year I am already running 45 seconds and feeling like I have more to give,” said Harris, whose father, Kay Jay Harris, was a multi-sport athlete at Tampa Bay Tech, who played four years of professional baseball and a few years of pro football for Miami, St. Louis and New York. “That makes me feel really good about what I might do the rest of the season. I feel I’m only going to get stronger and faster.”

Harris, a senior committed to Florida Atlantic University to run track, also is interested in seeing how fast she might end up going.

Harris’ best time this season in the 300 hurdles is 44.62, ranking her No. 1 in Hillsborough County and 19th overall in the state.

Her time in the 100 hurdles, an event she says she is “still learning,” is 15.12, which ranks second in Hillsborough County to her teammate Woodall, who has run 15.04. 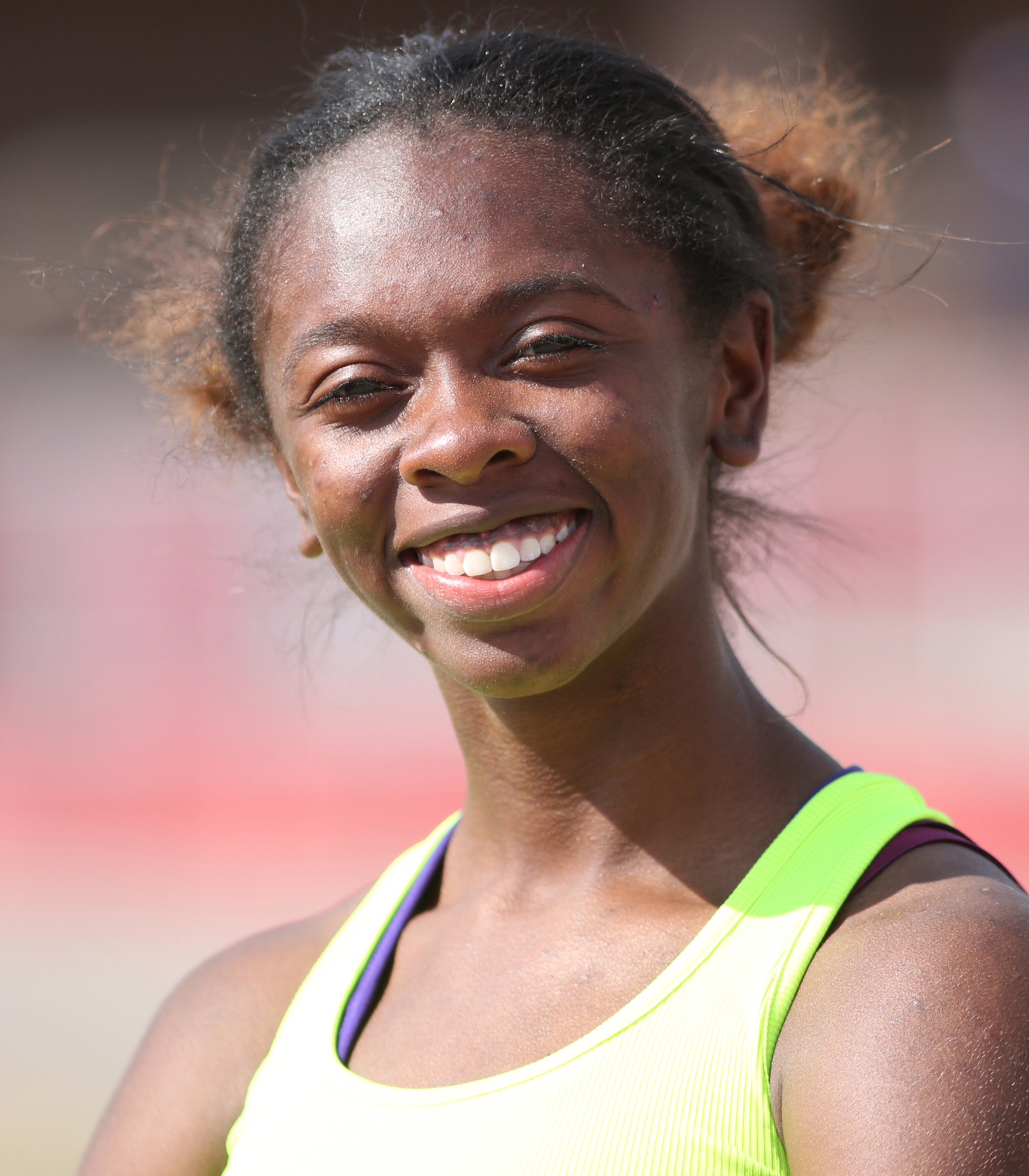 Hillsborough senior Kailece Harris has the fastest 300-meter hurdle time in Hillsborough county at 44.62 seconds and the second-fastest time in the 100 hurdles at 15.12. (Scott Purks, Special to the Times)

Woodall, a junior, said she finally is feeling 100 percent after severely bruising her knee in the offseason while playing a pick-up basketball game.

“It was frustrating because I wanted to go all out with the training,” said Woodall, who finished fourth last year in the 100 hurdles at the Class 3A state meet in 14.99. “But now I’m feeling great and I’m as excited as ever about getting better.”

Ultimately, Woodall’s goal is to improve on last year’s fourth-place showing at state, an event that, “really motivated me. It was so awesome to run (at state). I want to get back there and do it again.”

Return to top of page